Criminal lawyer Brad Smith, KC advises and defends people who are under investigation by the police, charged with a criminal offence, or otherwise in trouble with the law. An accomplished criminal defence lawyer with a reputation for excellence, he has more than 22 years of experience in criminal law, including as a prosecutor. Brad is well-known and highly respected by fellow lawyers and judges throughout BC. In 2019, Brad was appointed Queen’s Counsel, a prestigious award conferred in recognition of demonstrated excellent performance and dedication to the legal system. In 2022, after the passing of Her Majesty Queen Elizabeth II, Queen’s Counsel lawyers became King’s Counsel or KC.

Brad has significant experience handling many different kinds of criminal law matters, including:

Before Brad started helping people as a criminal defence lawyer, he was a prosecutor. The experience he gained putting cases together as a prosecutor was invaluable. It gave him insights into the criminal justice system that many criminal defence lawyers never get. Brad knows how police and prosecutors work and how to protect your rights through the entire investigation and prosecution process. He knows what prosecutors look for when they are deciding whether to lay a charge and the strategies they use in getting ready for trial. This means Brad knows how to find any weak spots in the prosecution’s case and how to use that knowledge to maximum advantage when planning your best defence.

Unlike most aspiring lawyers, Brad went to law school because he wanted to practise criminal law. At law school he took as many courses as he could in subjects related to criminal law and he got into court helping people at every opportunity. While other law students were studying subjects like Tax Law, Brad was taking advanced litigation courses in subjects like Evidence or Trial Practice. Then, several years after he qualified as a lawyer, Brad completed a Masters degree in Criminal Law. 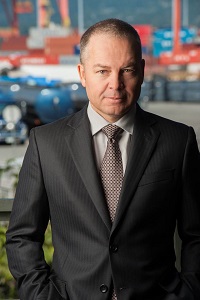